Christians are called to stand out. Be different. Don’t blend in. Paul commands the Ephesian Christians, “you must no longer walk as the Gentiles do.” Later, in v.24, he explains that the call of the gospel drives us to put off the “old self” and to put on “the new self, created after the likeness of God in true righteousness and holiness.” We have been changed by the power of the gospel, so cannot live the same as we used to (aka: walking as the Gentiles do).

If you continue to live the same way you’ve always lived, then you need to ask yourself a hard question: “Am I really a Christian?” If there has been no change in your life, and if you do not desire godliness, but instead continue to “walk as the Gentiles/unbelievers do,” then perhaps you like Jesus and respect him, but you’ve never repented of your sin. You see, both confession and repentance are necessary to become a child of God… admitting your need for a savior, and prayerfully committing yourself to deny yourself in order to obey God. If you continue to use “it’s just the way I am” as an excuse to continue in unbiblical habits, then you need to remember the gospel’s call to repentance and self-denial.

Because we have put off the old self and put on the new, we stand out and live differently. In Ephesians 4:25-32 Paul explains what he means by giving a list of commands. As people who are being renewed in the image of God, we need to speak the truth to one another (v.25) - are you tempted to skim over the truth because it would be hard or uncomfortable? Paul actually commands them to “be angry and do not sin” (v.26-27), which runs against much of what we think - that being angry at all is wrong. Rather than living for our own gain, we are to live for the sake of generosity towards others in need (v.28). We speak to each other in a way that builds one another up and gives grace, rather than cutting each other down (v.29). When we fail to do these things, we grieve the Holy Spirit who unites us to one another through our common faith in Christ (v.30). In summary, Paul concludes v.31-32 as a final contrast between our old self and the new: put away “bitterness and wrath and anger and clamor and slander… and malice,” instead, “Be kind to one another, tenderhearted, forgiving one another, as God in Christ forgave you.”

As Christians, we need to remember that the gospel is restoring the image of God within us that was shattered (not completely lost, but shattered) by sin. By the power of God at work in us, we live in a way that reflect the nature and work of God… most clearly demonstrated by the life, death, and resurrection of Jesus Christ. Resist the temptation to blend in or to continue living as you used to; and stand out because God continues to make you in the image of your creator. 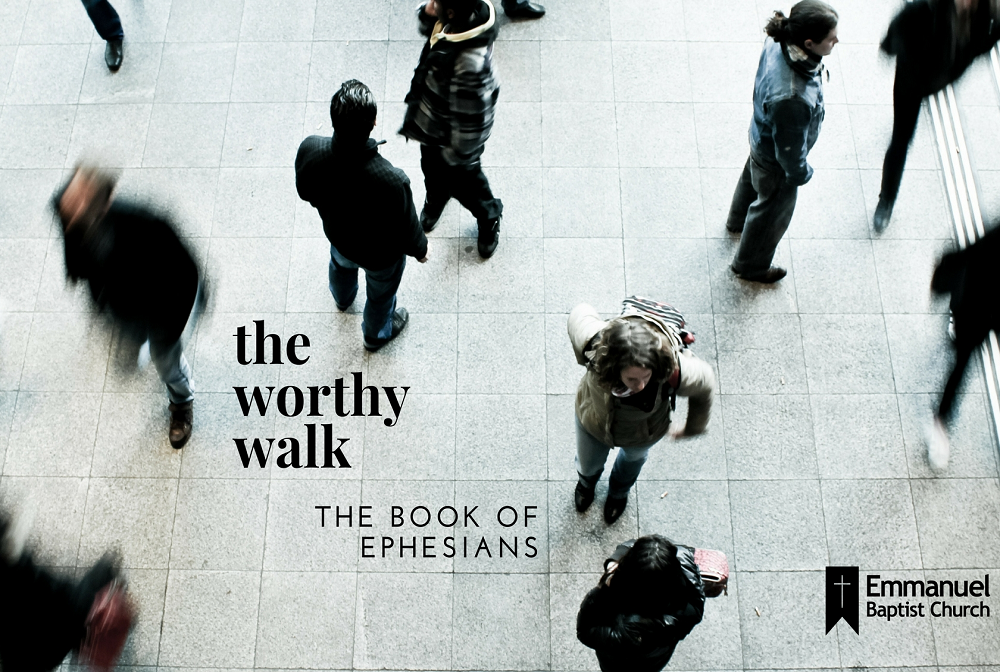