March 18, 2018 Preacher: Pastor Pete Hoglund Series: This is the Message

In 2000 Mel Gibson stared in a movie entitled “the Patriot.” His character was Benjamin Martin, a devoted family man, widower, left with six kids. He was a decorated war hero who left the military and the movie introduces us to Benjamin and his reluctance to get involved as the British are taking over our country. Benjamin Martin is now a peaceful farmer who is driven to lead the Colonial Militia during the American Revolution when a sadistic British officer murders his son.

In a final scene of the Patriot, Mel Gibson’s character, Benjamin Martin, is trying to lead his troops to take the top of a particular hill. It is a pivotal and strategic hill for both the Americans and British. Whoever looses the hill could determine the outcome of the nations. In the midst of great conflict, the American flag rises and gains ground and then in a surge of the British our flag begins to fall back, the hill is being lost and the American troops morale begins to evaporate. Their vision, purpose, calling and future and all they had given their lives for was in a free fall. Benjamin Martin sees the object of his devotion, Freedom from the tyranny of the British and freedom for the new country, and in a surge of extreme adrenaline and desperation Benjamin grabs the faltering American flag.And with all his might forcefully advances the flag up the hill. The patriots see the flag, are inflamed again with vision and fight and reason and purpose. They rally, and with great resolve and determination the troops unite as ONE and explode up the hill beating back the enemy, eventually winning the war.

John here at the end of his letter says

You say that Jesus was a myth? You say that He was a phantom? You say that God has not visited us, descended from the heavens. WE KNOW HE HAS. Culture and the world may beat us down, BUT WE ARE PLANTING OUR FLAG ON THE TOP OF THIS HILL.

If you are a true son or daughter of God you believe in Him not because you chose Him but because He chose you. Evidence of His divine intervention, that you have been seized upon by God, is that you believe. You love the brotherhood, you love His commands and have compulsion to obey Him and a desire to love Him and seek Him, (1 John 5:1-5)

Evidence of His loving conquest of you is that you have a growing confidence in Christ through the testimony the Spirit resonates in your soul and seek to bring the testimony of the uniqueness of Christ to the world (1 John 5:6-17, 19,20) and you have a concern for holiness in the Body (1 John 5:16-18,21).

True sonship, true fellowship, is shown by the new birth, a growing confidence in the person of Christ and a concern for corporate holiness. 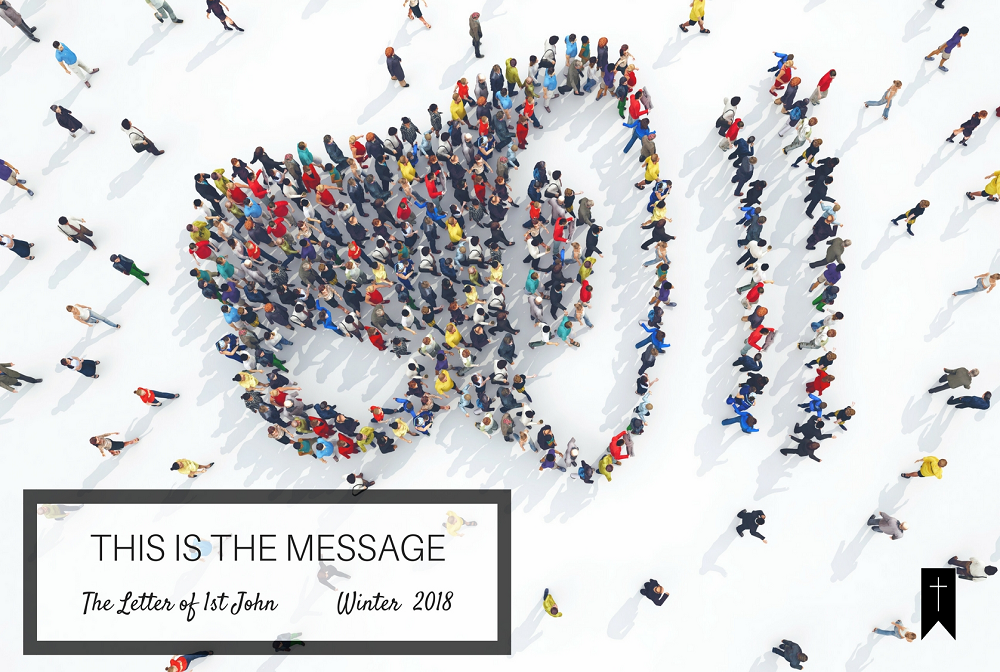 More in This is the Message